Get your company ready for Brexit

The transitional period ends on December 31st 2020, the date on which the United Kingdom will be treated for all purposes as a third country for members of the European Union.

In the absence of bilateral agreements between both parties, the Mallorca Chamber of Commerce recommends that all companies prepare for the future, make decisions and adopt the necessary administrative measures.

Given the numerous doubts and particularities that may arise for companies in the Balearic Islands in their preparation for Brexit, the Chamber of Commerce of Mallorca, in collaboration with the General Directorate of Commerce of the Balearic Government, enables the email address brexit@cambramallorca.com Business inquiries received in this mailbox will be referred to the competent body of the Government of Spain, depending on the question raised, so that it can proceed with a quick, direct and individualized response.

The Secretary of State for Commerce has prepared complete guides to access the United Kingdom market as of January 1, 2021 with relevant information for exporting companies on customs procedures, controls for agri-food products, chemical products, industrial products and consumer goods. and other horizontal topics >> CONSULT THEM HERE

Brexit and its repercussions for the Balearic Islands 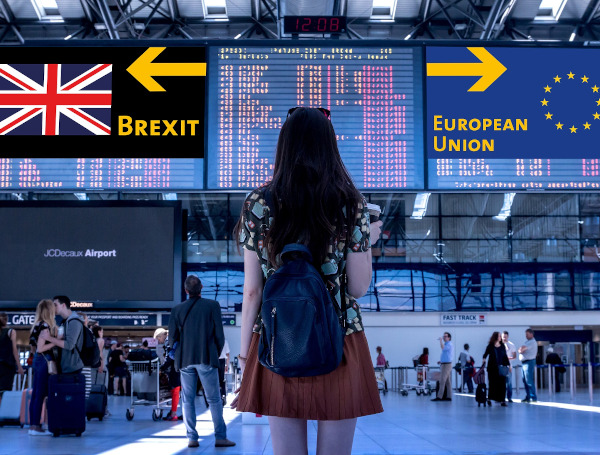 The Government of the Balearic Islands, through the General Directorates of Foreign Relations (Ministry of Finance and Foreign Relations) and Trade (Vice-Presidency and Ministry of Energy Transition and Productive Sectors), and the Center Balears Europa, in collaboration with the Chamber of Commerce of Mallorca, organize the second cycle of Brexit and its impact on the Balearic Islands.

BREXIT & NAUTICAL SECTOR >> See video
The webinars will begin on November 20th the nautical day. Two lawyers specialized in the sector, Miguel Ángel Sierra and Leon Von Ordanza will address the different changes that the Brexit would entail in the regime for the temporary importation of vessels in the United Kingdom, in the rental of British-flagged vessels or in the sale of Spanish vessels to British citizens, among other aspects. This first webinar is part of the activities carried out at the virtual nautical fair Balearic Yacht Show that will be held between November 18 and 20.

BREXIT & TOURISM SECTOR >> See video
On November 24th, the web conference on the tourism sector will take place. The Financial Advisory expert Luis Martinez-Almoyna Rifá will focus the conference on the financial impact of Brexit during COVID and the lawyer José Herraiz under the title BREXIT OR BREXVID? Reflections on a new exit scenario, will raise the doubts and consequences of the new reality.

BREXIT & AGRO-FOOD SECTOR >> See video
On November 26th, the agro-food sector will take place. Blanca García Martín, technician of the General Subdirectorate of International Relations and Community Affairs of the Ministry of Agriculture, Fisheries and Food, will focus her presentation on the current situation of the Brexit negotiations in the agro-food sector and Alejandro Lorca Ruíz, technician of the General Secretariat of Sanitary Agreements and border control, will explain how Brexit will affect border controls. On behalf of Joan Mateu, owner of the Mateu Export company, will present the vision of the companies that are directly affected.

BREXIT & CITIZENSHIP >> See video
On December 1st, the last conference aimed on the citizens will take place. The director of the Majorca Daily Bulletin, Jason Moore, will explain how Brexit has been part of his newspaper, the only English-language newspaper published in Spain. English citizens residing in the Islands will also participate.

Related Links of Interest on Brexit

Preparatory Communications from the European Commission

The European Commission services regularly publish communications on how Brexit may affect legislation and policies in their areas of work. These communications, aimed at preparing citizens and stakeholders for the UK withdrawal, set out the consequences of such withdrawal in a number of areas. The Commission reviews and, if necessary, updates the 100 sectoral preparatory communications that it has published throughout the negotiations with the United Kingdom.

>> Access the communication of July 9, 2020: Final preparation of the transition period between the European Union and the United Kingdom

European Union
Sign up for our Newsletter and Stay Up-to-Date. Press here

Our website uses cookies. By visiting and using our site, you consent to their use according to our Data Protection Policy.Information